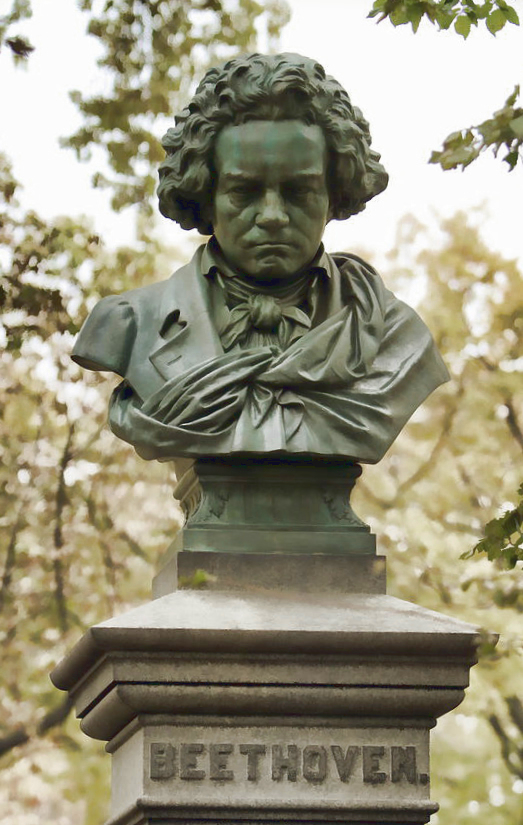 This sculpture of the famous German composer Ludwig van Beethoven (1770–1827) and was created by the German-American sculptor Henry Baerer (1837–1908) and can be found just west of The Mall opposite the Bandshell.  A beautiful cast-iron bandstand once stood at this site.  Concerts at the Victorian-era bandstand were especially popular with the large and growing German-American community in te late nineteenth century. In 1884, on the occasion of its 25th Anniversary, the Beethoven Mannerchoir commissioned the monument to Beethoven at a cost of $6,000 and gave it to the city.

Then, in a place of whispering leaves and gloom,
I saw, too dark, too dumb for bronze or stone,
One tragic head that bowed against the sky;
O, in a hush too deep for any tomb
I saw Beethoven, dreadfully alone
With his own grief, and his own majesty.