The Annual Emerald Nuts Midnight Run is ready to kick off again this year at Midnight New Year’s Eve. It should be another memorable party, even if the weather proises to be seasonally challenging.

Where to Watch the 2022 TCS Marathon in Central Park. TCS New York City Marathon Sunday is a citywide thrill for more than a million fans who line the course to cheer on the 50,000 runners throughout the five boroughs. Like the runners, spectators need to prepare, plan, pace themselves, and be ready for anything.

Free Shakespeare in the Park 2022

The summer’s second production is Public Works’ acclaimed musical production of AS YOU LIKE IT – bringing together its diverse ensemble of both professional actors and community members from across New York. Adapted by Shaina Taub and Director of Public Works Laurie Woolery.

Two years in the making Iconic Central Park© features over 2,000 colorful icons that form a multi-hued mosaic of beloved park features – from the Duke Ellington Monument in Harlem to Columbus Circle to the Penguins in the Central Park Zoo!

Iconic Central Park© comes in standard one-sheet movie-poster size (27" x 40").  It would look superb adorning an apartment wall, featured in a study, a dorm room or even as a teaching tool in a classroom.   Just like its namesake Iconic Central Park© will provide countless hours of diversion and inspiration and will enable viewers to enjoy the pleasures of visiting the heart of New York City, no matter where they are.

This Week in Central Park

Time to enjoy the crisp cold weather all around Central Park!   From Frisbee on the Great Lawn to riding on the newly renovated Carousel the park offers a variety of seasonal activities that the entire family can enjoy safely.

How to get a Book Published

Two years in the making Iconic Central Park© features over 2,000 colorful icons that form a multi-hued mosaic of beloved park features – from the Duke Ellington Monument in Harlem to Columbus Circle to the Penguins in the Central Park Zoo!

Iconic Central Park© comes in standard one-sheet movie-poster size (27″ x 40″).  It would look superb adorning an apartment wall, featured in a study, a dorm room or even as a teaching tool in a classroom.

Just like its namesake Iconic Central Park© will provide countless hours of diversion and inspiration and will enable viewers to enjoy the pleasures of visiting the heart of New York City, no matter where they are. 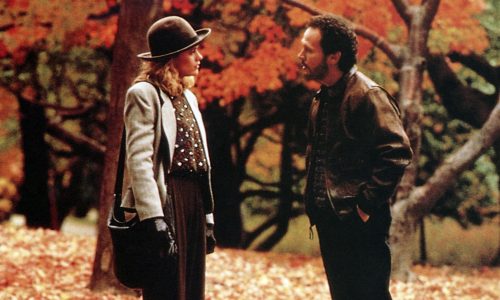 Movies have been shot in Central Park for over a century now (the first was “Romeo and Juliet” in 1908) and the park has played an iconic part in countless films over the years – from “Breakfast at Tiffany’s” to “Home Alone 2” to “The Avengers”. The park has provided the romantic backdrop for countless classic New York City Rom – Coms like “When Harry Met Sally” and “Serendipity”, and also been used to set the stage for sinister plotting in films like “In the Still of the Night” and “The Spanish Prisoner”.  There is perhaps no more versatile and emblematic movie set in all of New York City as Central Park – and everyone has a favorite movie set in its leafy confines.  The criteria we used in the selection process were admittedly biased, but we did use the results of the best Central Park movie poll that we’ve run in the past. Other factors in judging the results were how the park was depicted in the movie, and, of course, the quality of the film itself.  Here is our Top Ten.

From picnics on the North Meadow to dinner for two at the Boathouse Restaurant, Central Park has always provided a wide choice of sites for a romantic rondesvouz.  Here are the the Top 10 we’ve chosen as the very best. 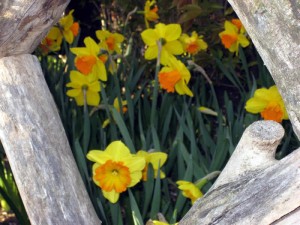 “Away before me to sweet beds of flowers. Love-thoughts lie rich when canopied with bowers.”
– Count Orsino in Twelfth Night, Act I, Scene I
A fitting quote to introduce our next pick, one of Central Park’s hidden gems: the Shakespeare Garden. Nestled between Belvedere Castle and The Swedish Cottage, the Shakespeare Garden first came into existence in 1913. Known as the Garden of the Heart, it was patterned after Victorian era rock gardens. Then, in 1916, to celebrate the tercentennial of Shakespeare’s death, it was rechristened in honor of the Bard and only plants mentioned in his plays were planted there. These include columbine, primrose, wormwood, quince, lark’s heel, rue, eglantine, flax and cowslip, many of which sound as if they would be right at home boiling and bubbling in a cauldron. It is in the spring and early summer that the garden comes into its own, bursting with blooms and fragrant blossoms. The Shakespeare Garden also offers a variety of secluded rustic benches, perfect for the timeless art of canoodling. 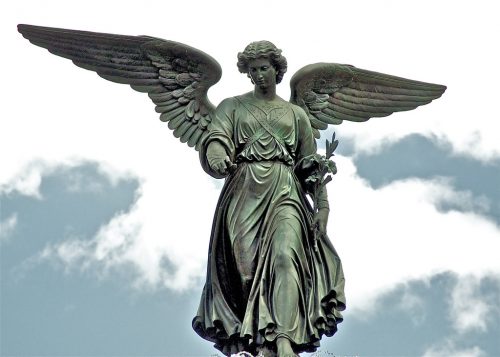 Central Park features an amazing array of attractions and points of interest that engage and inspire the over 25 million annual visitors.  Bethesda Fountain rises high above Bethesda Terrace, looking over the hundreds of visitors that come every day to enjoy the view of the Lake and relax at the “heart” of Central Park. The sculpture that tops it, Angel of Waters, was designed by Emma Stebbins in 1873 and is one of the most recognizable icons in the entire park.  It is also number four on our list of the top ten Attractions in Central Park.

From Columbus Circle to Grand Army Plaza to Duke Ellington Circle the park features gardens, world famous performance venues, historic statuary, lakes, ponds and pools.  There are more than thirty bridges and arches, two iconic restaurants, a wildlife refuge, a marionette theater and a real life castle – not to mention the Central Park Zoo.  Trying to pick a top ten from the myriad of choices is next to impossible, but here is our list of the Top Ten Attractions in Central Park. 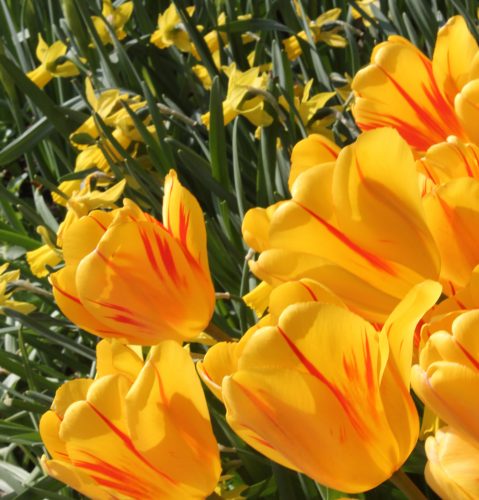 While Central Park offers a welcome respite all year round from the surrounding cacophony of urban life, it is during spring that the park really sparkles.  Starting at the middle of March, sometimes before the snows of winter have even completely disappeared, you can find snowdrops and crocuses poking up between the leaves and tree roots.  These are soon followed by daffodils and tulips as the entire park erupts in a fragrant display of early flowering pastels.  By mid April the Central Park landscape is awash in cherry blossoms and magnolia flowers that signal the completed transformation from dreary winter to spring celebration.  Here is a countdown of our picks for the ten very best places in the park to view this amazing floral display.