In the original 1858 Greensward Plan for Central Park, the designers Frederick Law Olmsted and Calvert Vaux intended for this site an exhibition and music hall required by the Board of Commissioners as a feature of the new park. Plans changed, and by 1862 music was performed at the old Bandstand on the Concert Ground at the end of the Mall. This area then became the site of the Casino (casino means “little house” in Italian). The building was designed by Vaux to be used as the Ladies’ Refreshment Saloon, a respectable dining establishment for the enjoyment of women who had come to the Park without a male escort. This plan changed, however, and the Casino became the main restaurant in the Park serving both men and women.

The building resembled upstate country houses that Vaux had previously designed in his private architectural practice. At night, the building was described in Baldwin’s Guide to the Central Park as “brilliantly illuminated with gas from handsome pendants.” During the day patrons would drive up in their carriages to visit the Casino, sit under the Wisteria Pergola at the western edge of the site, and listen to the strains of music from the Wednesday and Saturday afternoon concerts on the Mall below. In the summer seasons refreshments from the Casino were served at tables placed under the archway leading to Bethesda Terrace. 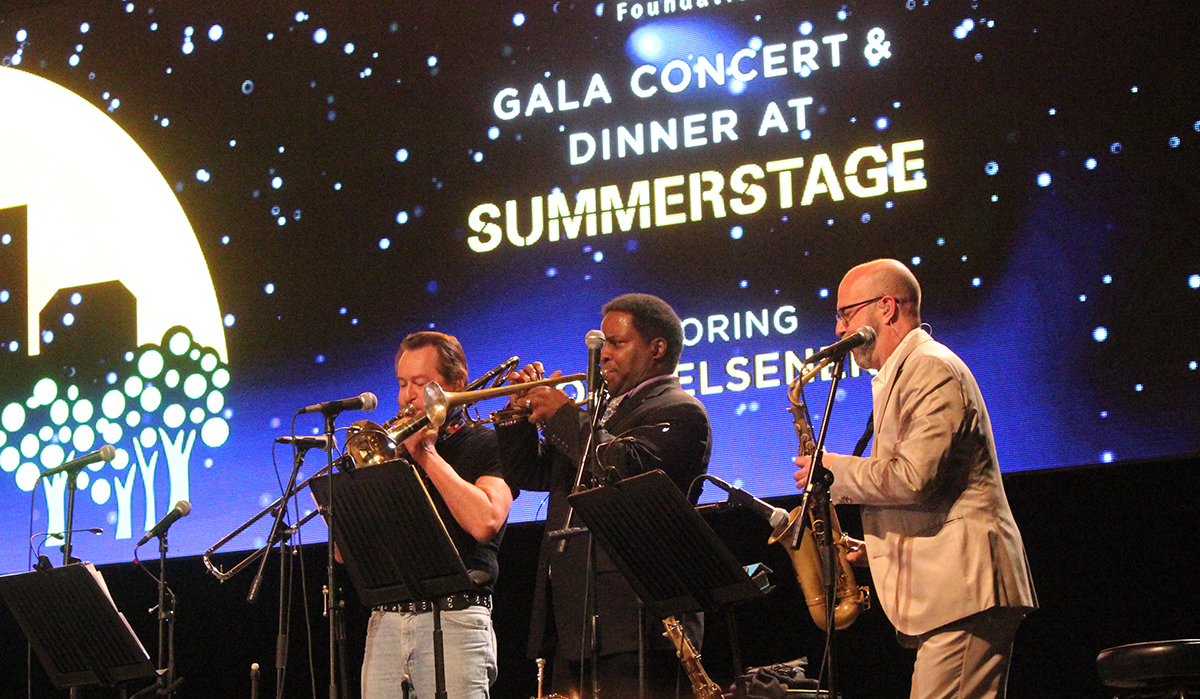 In the 1920s the restaurant was extended to include an elaborately decorated ballroom created by Josef Urban, the esteemed Viennese interior designer. It became a fashionable nightclub frequented by New York Mayor “Gentleman” Jimmy Walker, and featured the musical talent of Eddie Duchin’s orchestra and such performers as Ethel Merman.

In 1935 this site underwent another transformation. Newly appointed Parks Commissioner Robert Moses ordered the demolition of the Casino, and the site was developed as the Mary Harriman Rumsey Playground for children. A statue of Mother Goose, designed by F.G.R. Roth, was erected near the playground entrance in 1938. Purchased with Works Progress Administration funds, it depicts Mother Goose and some of her nursery-rhyme characters, including Little Jack Horner, Humpty Dumpty, and Little Bo Peep. In 1986 it became Rumsey Playfield, a clay-surfaced sports area for school groups, and in 1990 the site of Summerstage, returning the site to the original musical intention of Olmsted and Vaux.