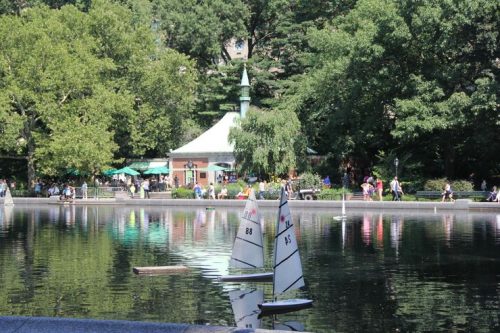 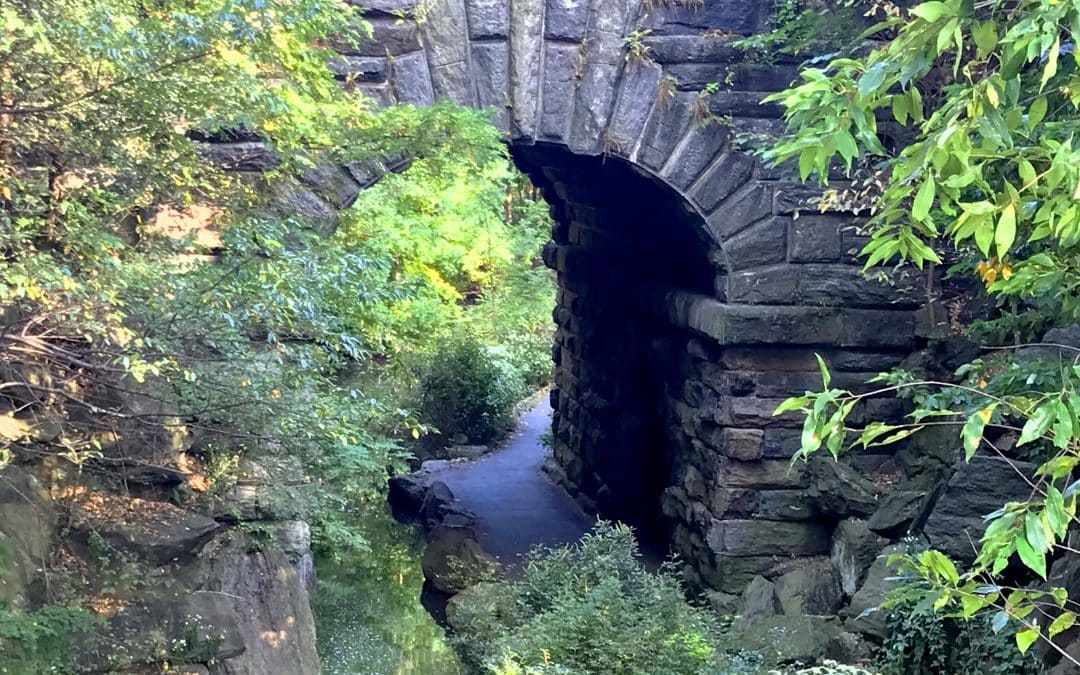 Glen Span Arch, carrying the West Drive across 102nd Street, serves as a gateway to the wooded and secluded Loch to the northeast, surrounded by rustic bridges and what almost seems like a forest.