Shakespeare in the Park

The Public Theater has announced the complete casting for this summer's production of Merry Wives, a comedy adaptation of Shakespeare's Merry Wives of Windsor, written Jocelyn Bioh.  They also announced new dates for the staging at the Delacorte Theater in Central Park. Performances will begin Tuesday, July 6 (instead of the previously announced July 5) and continue through Saturday, September 18 (an extension of three weeks from the previously announced run). The official opening night is Tuesday, July 27.

The production will feature an all-Black cast including Jacob Ming-Trent (HBO’s Watchmen), Gbenga Akinnagbe (Broadway’s To Kill A Mockingbird), Shola Adewusi (CBS’ Bob Hearts Abishola) and Susan Kelechi Watson (NBC’s This Is Us).

Due to current Health and Safety protocols, there will not be any day-of-performance, free ticket distribution lines in Central Park, in the boroughs, or at The Public's flagship on Lafayette Street.  Instead, this summer, free tickets will be distributed entirely via an advanced digital lottery.  Find out more at PublicTheater.org.

History of Shakespeare in the Park

Free Shakespeare in the Park is made possible by the contributions of people like you. Learn more about how you can make a donation and support this New York City tradition!

The Delacorte Theater in Central Park

Free tickets to Shakespeare in the Park will be distributed on each performance day by waiting on line at select distribution points in the five boroughs as well as in Central Park. An in person lottery is held in the lobby of The Public Theater at 425 Lafayette St and a digital lottery is hosted through Today Tix, all summer long. Check back later in the spring for a detailed schedule on the Public Theater Website. 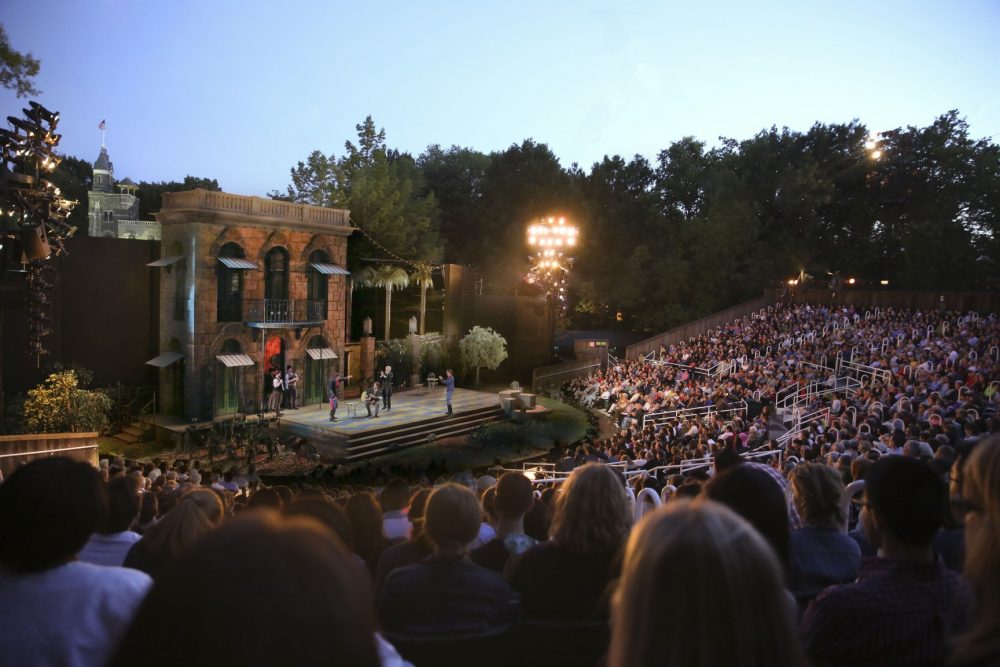