Central Park Zoo Snow Monkeys (or Japanese Macaques) enjoy their “Hot Tub”, much as they do the volcanic baths that keep them warm in their native Japan. 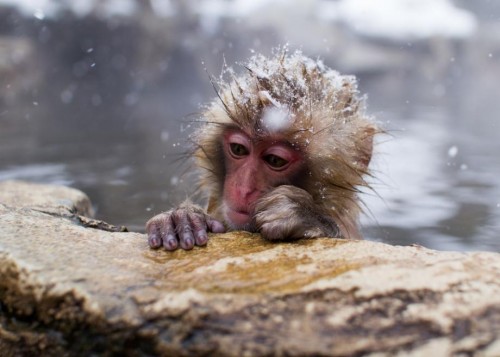 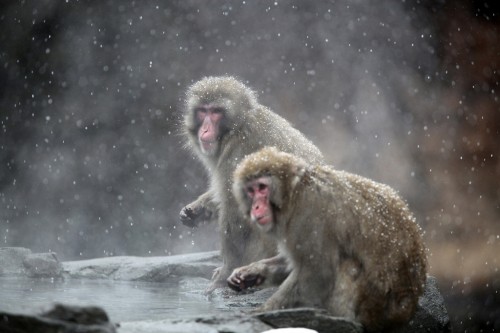 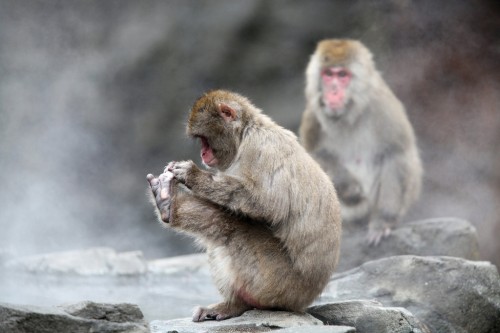 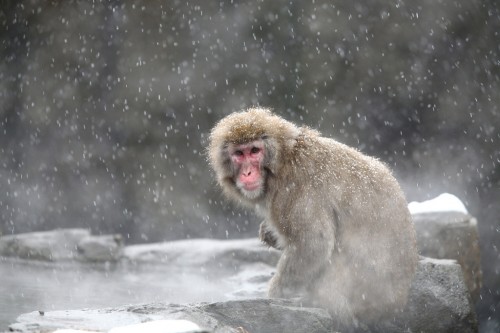 The Japanese macaque is an intelligent species. Researchers studying this species at Koshima Island in Japan left sweet potatoes out on the beach for them to eat, then witnessed one female, named Imo (Japanese for yam or potato), washing the food off with river water rather than brushing it off as the others were doing, and later even dipping her clean food into salty sea water. After a while, others started to copy her behavior. This trait was then passed on from generation to generation, until eventually all except the oldest members of the troop were washing their food and even seasoning it in the sea. She was similarly the first observed balling up wheat with air pockets, throwing it into the water, and waiting for it to float back up before picking it up and eating it free from soil. An altered account of this incident is the basis for the “hundredth monkey” effect.

The hundredth monkey effect is a purported phenomenon in which a new behavior or idea is said to spread rapidly by unexplained means from one group to all related groups once a critical number of members of one group exhibit the new behavior or acknowledge the new idea. The behavior is said to propagate even to groups which are physically separated and have no apparent means of communicating with each other.

The macaque has other unusual behaviors, including bathing together in hot springs and rolling snowballs for fun. Also, in recent studies, the Japanese macaque has been found to develop different accents, like humans. Macaques in areas separated by only a few hundred miles can have very different pitches in their calls, their form of communication. The Japanese macaque has been involved in many studies concerning neuroscience and also is used in drug testing.