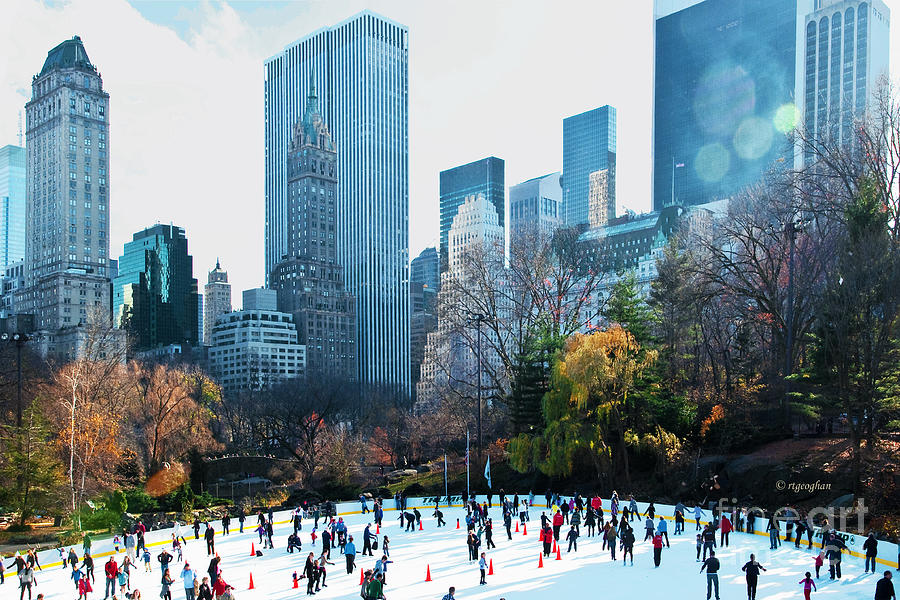 Wollman Rink was built in 1949 when Kate Wollman donated $600,000 for its construction. In the early 1990’s, it was purchased and is now run by Donald Trump. It has been a success from the day it opened – over 300,000 skaters glided across the ice in its first year of operation. In use the year round the summer months find hundreds of in-line skaters taking lessons or perfecting more advanced skills.

Ice skating in Central Park is easily one of the most picturesque activities to be enjoyed on a winter’s night. Unlike the somewhat overwhelming confines of the Rockefeller Center rink you can actually see stars at the Wollman rink. Feel the cold tingle of New York’s crisp winter air, listen to the music, and take in the incomparable surroundings as you glide (gracefully or not so) around the rink.

Thirty years ago Wollman rink was also the site of a very popular music series. Beginning in 1967 and through the early 70’s, the F & M Schaefer Brewing Co. sponsored Concerts in Central Park. The concerts offered something for everyone. At $2.00 for first come/first serve orchestra seats, the shows were popular and usually sold out. Hundreds would spend the day on line at the Wollman Rink to socialize and get the best seats. Some of the acts to appear there included Bruce Springsteen, The Allman Brothers, Dave Brubeck, The Byrds and Billy Joel. Sadly, pressure from the neighborhood eventually forced the shows to the west side Piers and much of the appeal was gone.

Since its construction Wollman rink has been one of Central Park’s most popular attractions and more than 4,000 skaters use it daily.

Location: East Side between 62nd and 63rd Streets